According to recent data released by the Power Planning Company (Empresa de Planejamento Energético in Portuguese. Acronym: EPE), of the Projection of the 2029 Expansion Ten Year Plan, the Brazilian energy matrix will incorporate, until 2029, approximately 33 GW of renewable energy (wind and solar). These sources of energy are considered intermittent and non-dispatchable. Thus, in order to guarantee the security of the Brazilian energy system, the EPE also signals that approximately 23 GW of gas thermal power plants will be added to the system by 2029. This source is considered non-intermittent, dispatchable at any time and, therefore, reliable. 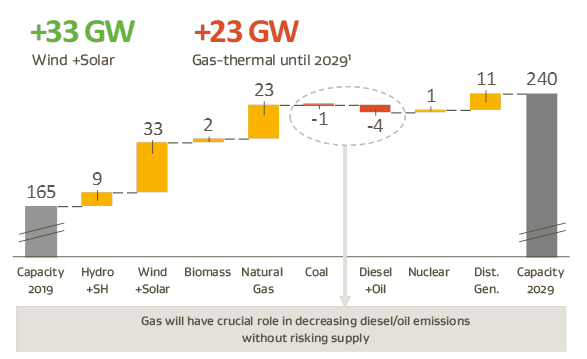 Thus, it can be concluded that natural gas will play a fundamental role in the transition to a cleaner energy matrix. In addition to offering a more competitive cost to end consumers, natural gas has the lowest emission rates of greenhouse gases when compared to other fuels such as coal, oil and diesel. Generation by natural gas emits up to twice less tCO2e/MW (tons of carbon dioxide equivalent per megawatt) when compared to generation by other fossil fuels.

In this sense, Eneva promotes and leverages the Brazilian energy transition through exploration and natural gas production in the Parnaíbaand Amazon Basin, enabling the increase in capacity for the country’s thermal gas energy generation, meeting Brazil’s growing need for cleaner sources and efficient thermal energy. In addition, in all our activities the company seeks to operate efficiently, pursuing best practices to reduce emissions in our operations.

As an example, we can highlight the winning, in 2019, of Aneel’s 1st Auction for the Isolated System, with the Jaguatirica II TPP project, with an installed capacity of 132 MW, which will go into operation in the second half of 2021. This thermoelectric power plant from Eneva is being implemented in the municipality of Boa Vista, State of Roraima, where it will replace an important part of the local power generation by diesel, with a forecast of 32% reduction in CO2 emissions (carbon dioxide), 99% NOx (generic representation of nitrogen oxides) and 38% in the State’s generation cost. The power plant will consume the natural gas extracted and produced in the Field of Azulão, in the State of Amazonas, which will be transported in liquefied form through the road connecting Manaus to Boa Vista.

The effect on gas-producing towns

The production of hydrocarbons in terrestrial basins generally has a wealth multiplier effect, as it promotes the internalization of production beyond large urban centers, taking development and income to regional economies.

In the State of Maranhão, for example, the E&P activity in the Parnaíba Basin encouraged the development of courses and colleges focused on oil and gas, created jobs, increased tax collection, attracted and developed local suppliers, and changed the profile of cities currently producing natural gas.

The city of Lima Campos, where the Gavião Branco field is located, also made a similar move. After the construction of the pipeline infrastructure and field production plant, the municipal GDP increased almost 300%, from R$ 39.3 million in 2010, to R$ 156.3 million in 2015. The Gross Value Added of the Industry grew 16.5% in the same period, reaching R$ 50.9 million.

Eneva also conducts social responsibility projects and contributes to sustainable development in the States where it operates. In Maranhão, the company was responsible for the construction of ‘Escola Digna de Santa Filomena do Maranhão’, the first of its kind in the municipality, with a capacity for 300 students; for conducting 82 environmental educational projects; and the resettlement of 160 families. Committed to local sustainable development, Eneva followed the World Bank’s resettlement guidelines in this project and, in 2009, the Vila Nova Canaã program was the winner of the Eco Award in the Sustainability in New Business category and currently reaches significant rates in improving the quality of life of the local community.

The Company also conducts a music education program, in conjunction with the Brazilian Symphony Orchestra (OSB), and early childhood education (from zero to five years), in the five municipalities producing natural gas in Maranhão. 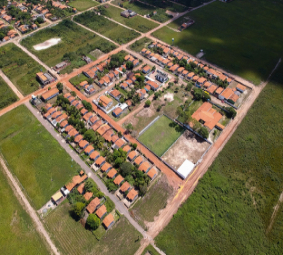 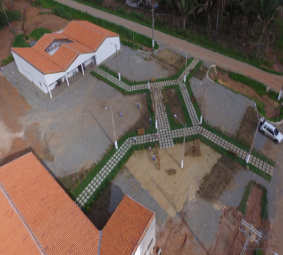 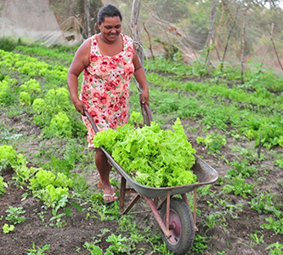 Use of remaining ashes from Coal Generation in civil construction, paving and geotechnical & environmental usage.

Development of an operational model for real-time simulation of atmospherically dispersion of pollutants issued by natural gas-fired TPP’s.